Central heating systems are prone to sludge and debris build-up which in turn can reduce the efficiency of your system and also potentially damage your boiler. By having one of our trained engineers carry out a power flush treatment we would look to restore your system to its optimum performance and also reduce the risks of unwanted bills from damage caused by debris and sludge. This treatment is advised to be carried out regularly and is also recommended before fitting a new boiler to an existing system preventing possible future problems. Many systems are found to contain corrosion and sludge, even if no flow problems have yet shown themselves.

Debris can also be mobilised by alterations to the system/piping causing debris to accumulate in the boiler heat exchanger, causing noisy operation, reduced efficiency and, in extreme circumstances, failure of the boiler. The high efficiency and compactness of modern boilers, developed to minimise fuel costs and pollution, means that they are more susceptible to problems caused by debris in the system water.


The CLEARFLOW power flushing pump is connected into the heating system and the powerful flow, combined with instantaneous flow reverser device, will dislodge and mobilise deposits and corrosion which resist traditional system cleaning methods. Once the corrosion and sludge deposits have been loosened and mobilised, fresh clean water is forced through the heating system, pushing the contaminated water out through a full bore dump valve to waste. At the end of the flushing process, the system contains fresh clean water and reinstatement of the system to normal operation takes only a few minutes. 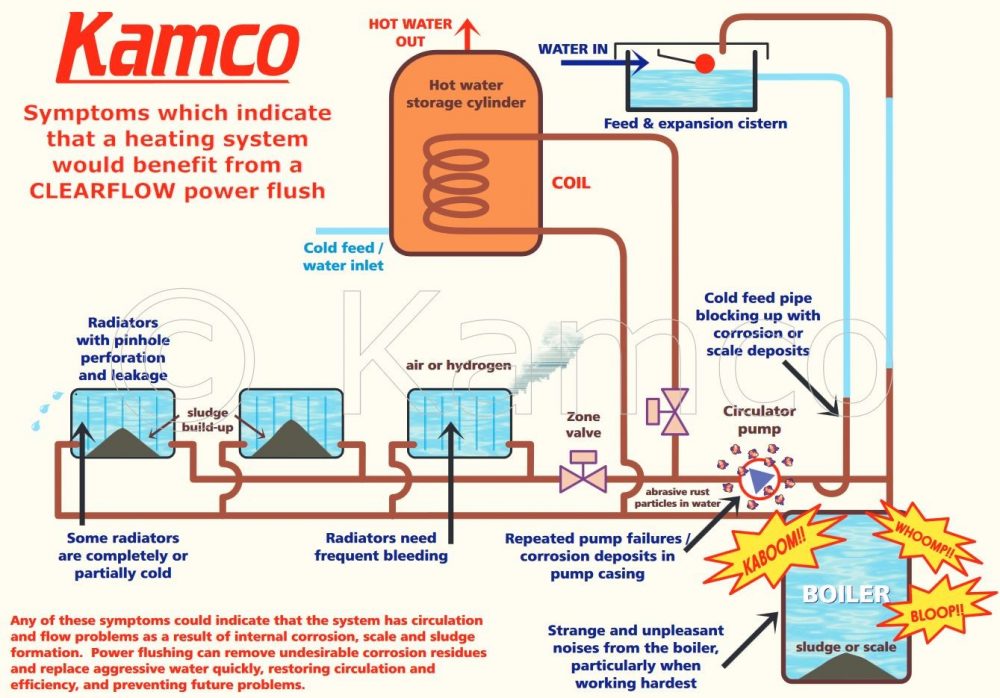 I need a Plumber!